Some of our Class Action and General Litigation projects:

Claims Administrator for the oversight and replacement of polybutylene plumbing systems both from meter to home (yard service line) and within the home. Properties included occupied mobile homes, single family homes, condos, apartments and other commercial properties. Value $1.1 billion.

Claims Administrator for the replacement of potable water system within occupied residential homes that were plumbed with a Kitec yellow brass plumbing system. Project in progress. Value $250 million.

As a result of protracted mediation and arbitration between the residents of Ko’olani and the developer, $5 million was awarded to residents to cover the replacement of the potable water system that had been installed with yellow brass fittings.

Project Manager for Repair Program of 790 occupied single family homes in the Anthem Country Club subdivision in Henderson, Nevada. After a lengthy period of litigation relating to an alleged seismic design defect in the plans used to construct such homes, a repair protocol has been approved to bring all homes into compliance. Two year project – total case value $8.5 million.

Notice and Claims Administrator for Class Action Repair Program for 281 Single Family Homes and 163 Condominiums in Ladera Ranch, California. Litigation revolved around the fact that Class homes contain copper pipes that purportedly are inadequate and defective for the water conditions in Ladera Ranch, California. Relief offered either a PEX repipe of the home or an epoxy treatment of existing copper pipes. Two year project – total case value of approximately $7.1 million. 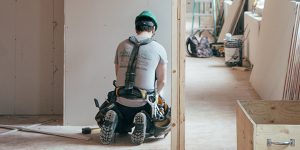