Tim began his career as a cost and management accountant with a major worldwide engineering company. In 1977 he went international with a British based oil field services company holding various financial and executive management positions in Algeria, Venezuela, Brazil, Hong Kong and the Far East before coming to the United States in 1980.

From 1985 to 1995, Tim was involved in managing the Savings and Loan crisis, holding a Regional Financial Officer position for both the FSLIC and then subsequently the RTC – handling a portfolio of assets in excess of $20 billion dollars.

In 1996, Tim joined the newly formed Consumer Plumbing Recovery Center (“CPRC”) as Director of Finance and Administration and subsequently assumed the position of General Manager and oversaw the polybutylene plumbing product defect national class action settlement case with a value in excess of 1.1 billion through its completion in 2009.

In 2007, Tim and some of his colleagues founded Total Class Solutions LLC (“TCS”) based upon their previous management experience and specifically the handling of construction defect claims and contract compliance.

Since 2007, Tim has led the development of TCS into a significant U.S. Nationwide boutique style class action administrator and notice provider and an overseer of major property repairs and maintenance programs representing HOAs and AOAOs predominantly in Hawaii. Currently TCS is focused on the property program in Hawaii working with numerous HOAs/AOAOs handling both major and minor projects to protect and enhance both commercial and individual investment values. TCS remains open to handling Class Actions and Class Action Notices on request.

Mr. Young is a degreed professional with over 30 years of experience in Information Technology.  His analytical skills are second to none, not only in the IT arena but also in general management.

In 1994, Roger joined the Consumer Plumbing Recovery Center (“CPRC”) – a Class Action Administrator handling a case with value in excess of $1 billion.  During his tenure with the CPRC, Roger was responsible for database administration and programming but also worked in other areas including application and web development, corporate reporting, and project management.

In 2007, Roger joined some of his colleagues in founding Total Class Solutions LLC (“TCS”) based upon their previous management experience and specifically the handling of construction defect claims and contract compliance.  Since joining TCS as the Director of Information Technology, Roger has headed all systems-related functions for the company.  Roger subsequently took over the additional role of Notice Operations and has managed numerous campaigns, each designed specifically for the client’s needs.

After completing a BBA in Finance at the University of Texas in San Antonio, Ms. James spent close to ten years in various business and financial accounting positions with major banking and mortgage institutions in Texas.

In 1996, Ms. James joined the Consumer Plumbing Recovery Center (“CPRC”) – a Class Action Administrator handling a case with value in excess of $1 billion. During her tenure with the CPRC, Ms. James held senior accountant positions as well as subsequently joining the IT department where she became involved in database programming. The combination of finance and IT made Ms. James a valuable asset to the organization.

After taking a period of time off from Corporate America to raise a family, Ms. James joined Total Class Solutions LLC (“TCS”) in 2011 and rejoined many of the team with whom she had worked years earlier at the CPRC.

At TCS, Ms. James has grown from being an accountant for the Company, to handling the full financial services of the Company, as well as assuming the Corporate Administrative and Human Resource Functions. In addition, Ms. James has become involved in the handling of Class Action claims both from a claims operations perspective as well as the management and distribution of millions of dollars of class settlements.

Mr. Shaw has some 30+ years of overall general construction management experience throughout the continental United States, Alaska and the Hawaiian islands both on private projects and federal funded projects. These projects ranged in value up to some 40 million dollars.

In 2011, Mr. Shaw was the on-site representative supervisor for Total Class Solutions during the complete replacement of a hot and cold potable water system. This construction defect work at the Ko’olani Luxury Condominiums, a fully occupied high-rise building with some 350 plus units, is located in Honolulu, Hawaii.

Mr. Shaw brings a wealth of experience and expertise to Total Class Solutions and by extension, to our clients as to the successful and timely completions of all new construction, capital improvement work as well as renovation and construction defect mitigation work and oversight.

Mr. Jestila (“JJ”) has over 30 years of experience in all aspects relating to construction management. His broad scope of work experience ranges from executive management to project management to site management to purchasing and accounting to sales and marketing. He has worked with major US Builders and also smaller boutique builders/developers. For the past 15 years Mr Jestila has been owner of a company coordinating the designing and building of both custom and spec homes.

Mr Jestila has gained his knowledge on the US mainland with both Single Family and Multi Family new construction – building styles have been both in the frame stucco and masonry arenas.

Mr Jestila joined TCS in March 2016 as the Project Manager for a 256 unit condo project (Ilikai Marina) where a contract had been let by the HOA to replace the FCUs. Project time was anticipated to be approximately 6 months. This building was 100% occupied during this process and Mr Jestila lived on site and worked with the HOA, Building and Property Management as well as the homeowners themselves in addition to the oversight of the contractor performing the replacement of the FCUs.

Mr. Collins (Chris) was born and raised in the islands and is a graduate of Kailua High School and the University of Hawaii at Manoa. Chris has more than 15 years of experience in all aspects relating to project management and comes to us with a wealth of knowledge from the world of property management where he spent more than a decade doing everything from individual association management as a site/resident manager, to large portfolio management of more than 20 condominium associations (AOAO, AOUO) as well as community associations (HOA) and cooperatives (Coop). During the latter half of his tenure in property management Chris specialized in working with Boards of Directors on major capital rehabilitating projects at buildings/associations which had a lot of deferred maintenance and required multimillion-dollar renovations and complete short/long term budgetary convalescence.

After leaving property management, Chris spent a year learning about elevators and elevator management at Thyssenkrupp Elevators as an Elevator Account Manager and has now brought that knowledge to our TCS team.

Chris joined the TCS team in September of 2019 as the Hawaii Operations Representative working with Mr. Jestila and Mr. Shaw to oversee current projects as well as perform business development and product enhancement. Chris’s experiences and expertise across a wide range of disciplines combined with his ability to effectively work with Board of Directors to help them develop and execute their vision for their properties, makes him a valued addition to the TCS team. 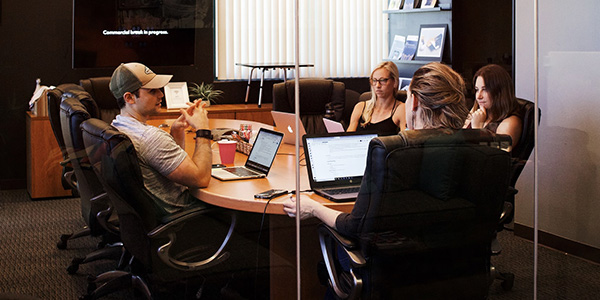